The Greater Vancouver Motorsport Pioneers Society (GVMPS) is a group of motorsport enthusiasts from various motorsport whose goal it is to recognize and record the contributions of those who were pioneers of motorsport in this region.

Each year the society selects motorsport pioneers to be honoured at the society’s annual induction ceremony. Pioneers are generally considered to have significantly contributed to the sport and have begun their contribution, at least forty years prior to induction and to have had a strong connection to Vancouver British Columbia and its surrounding communities. 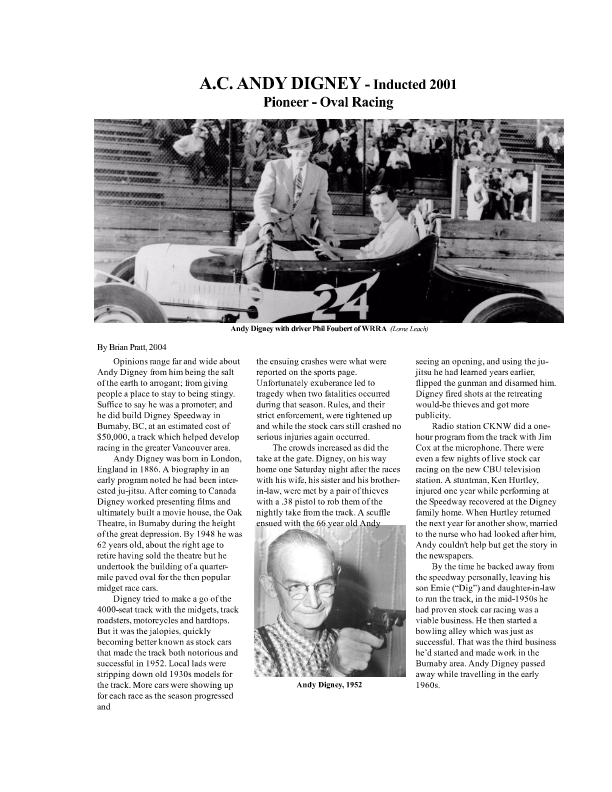 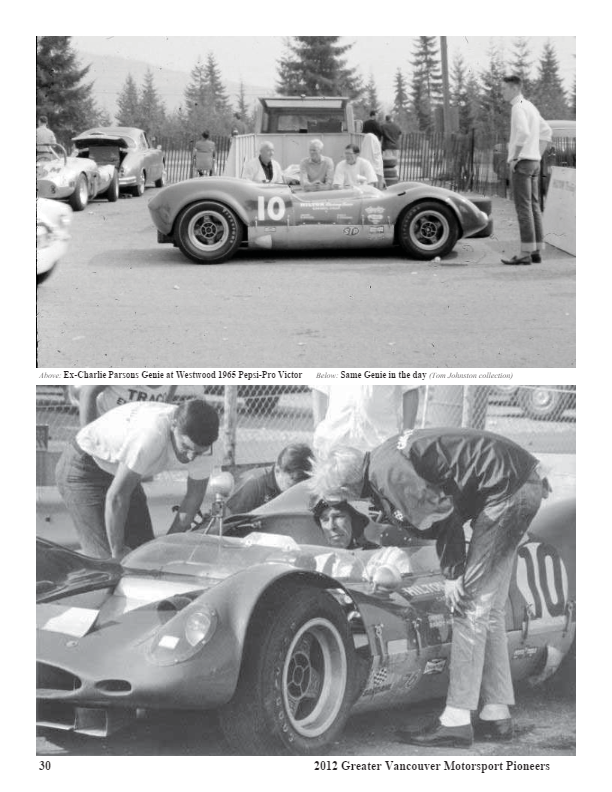 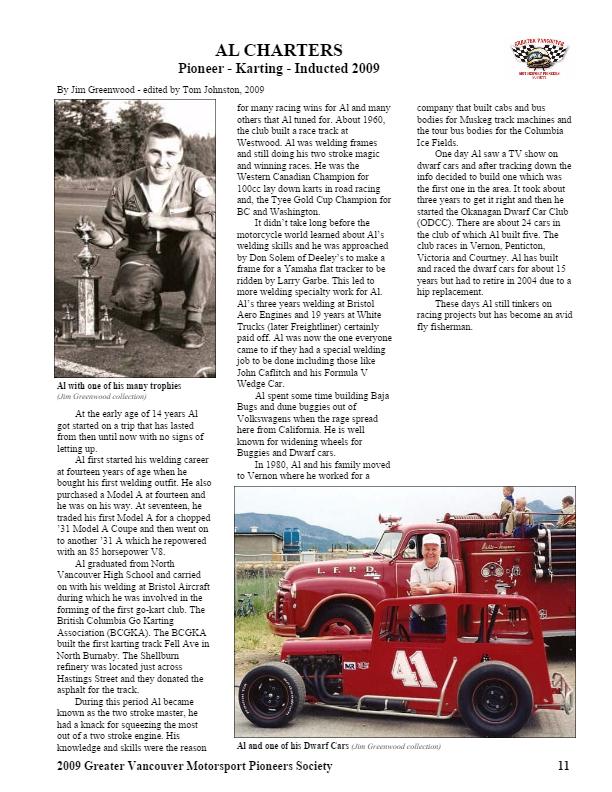 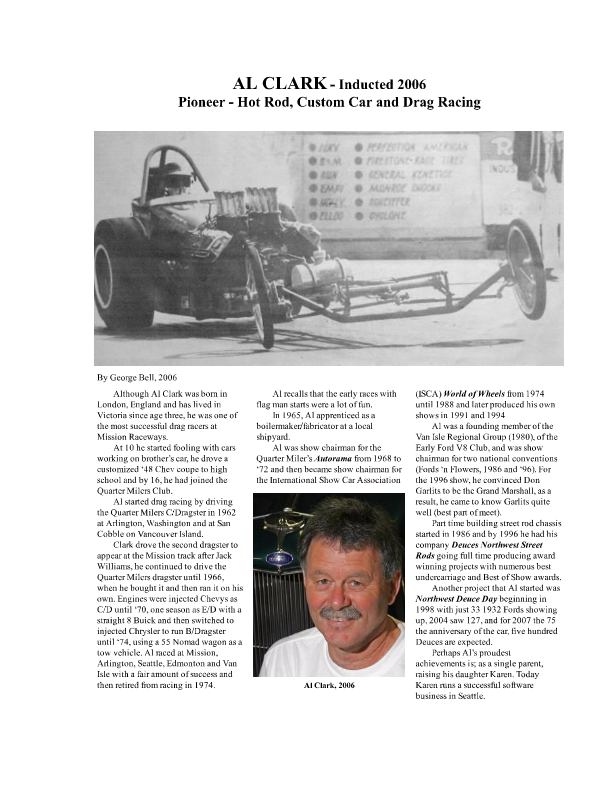 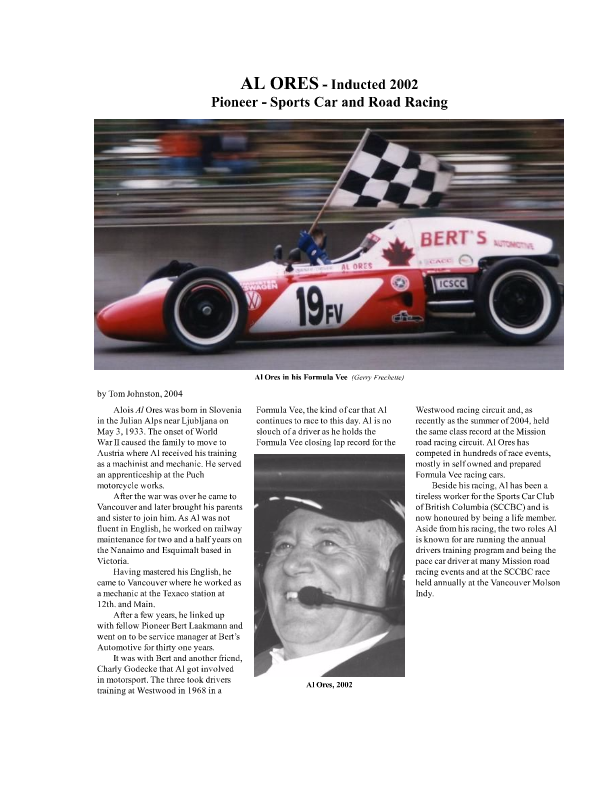 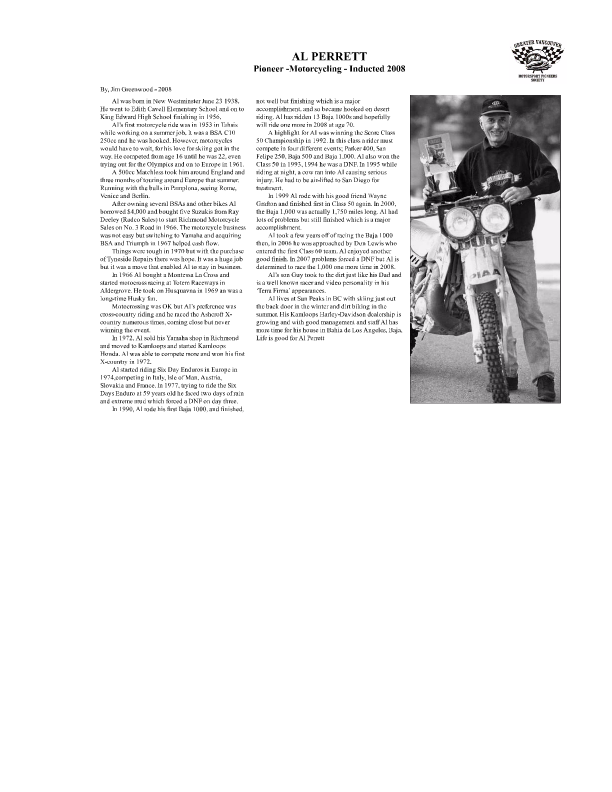 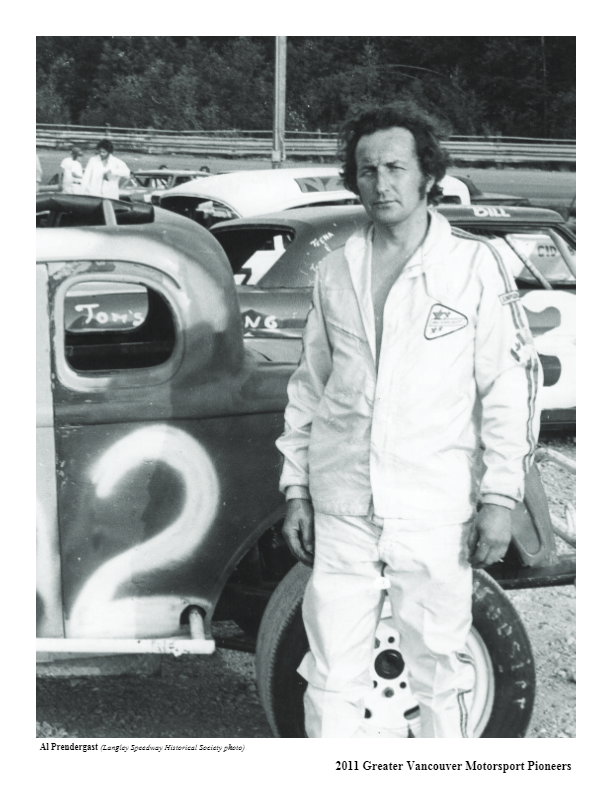 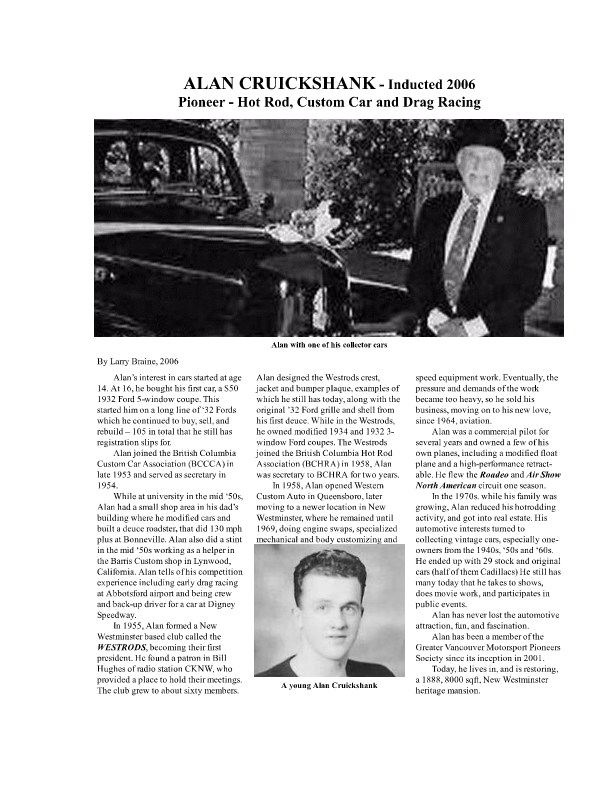 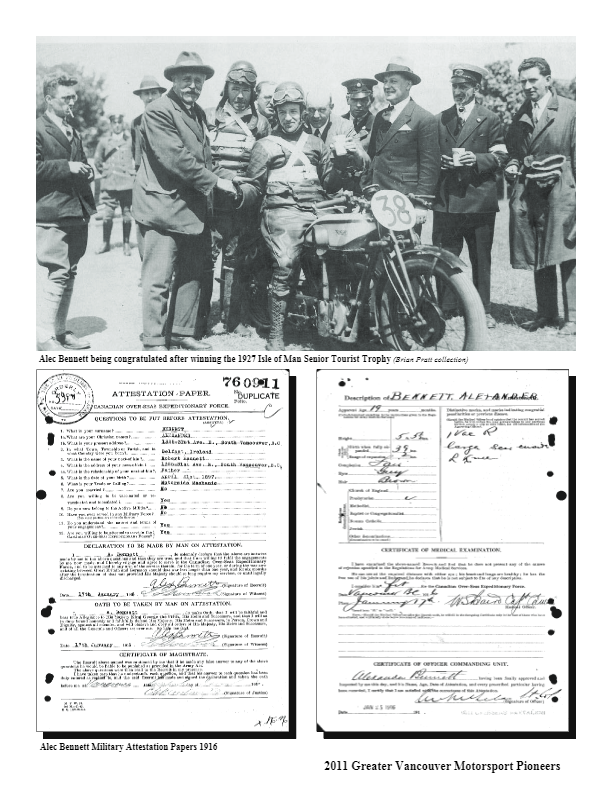 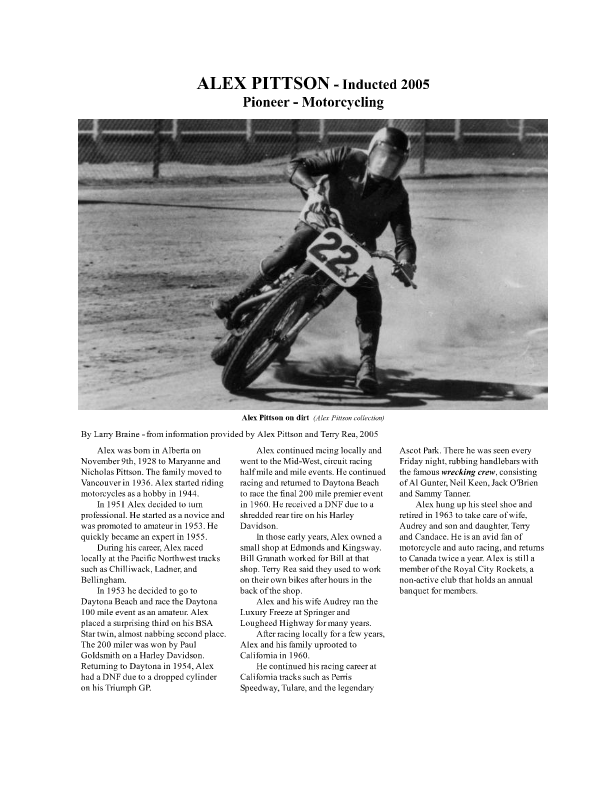 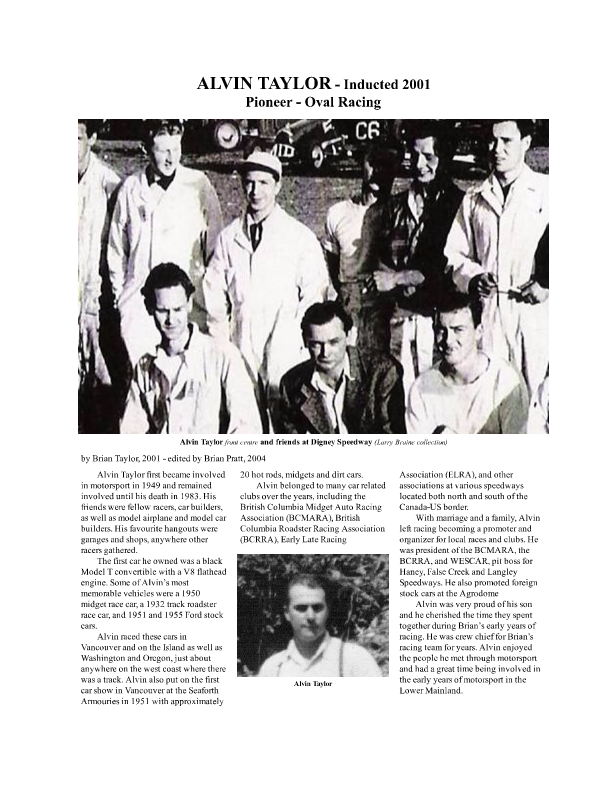 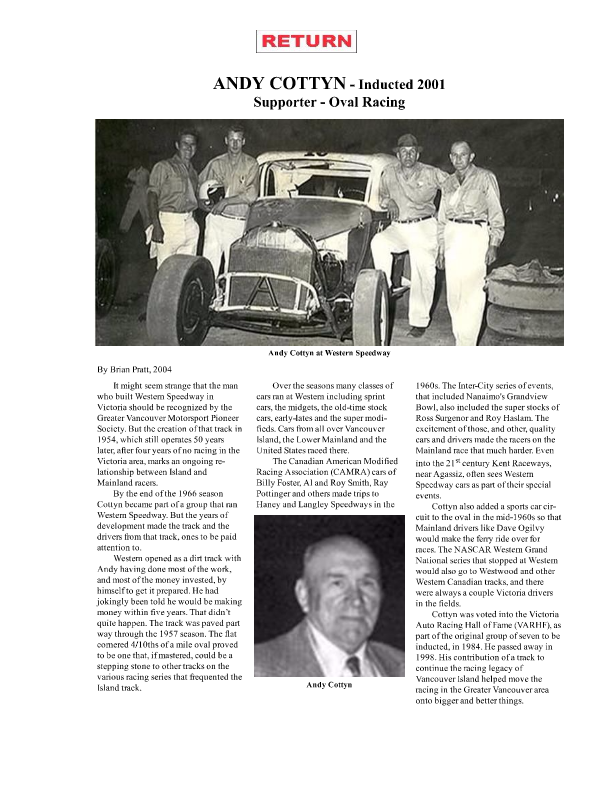 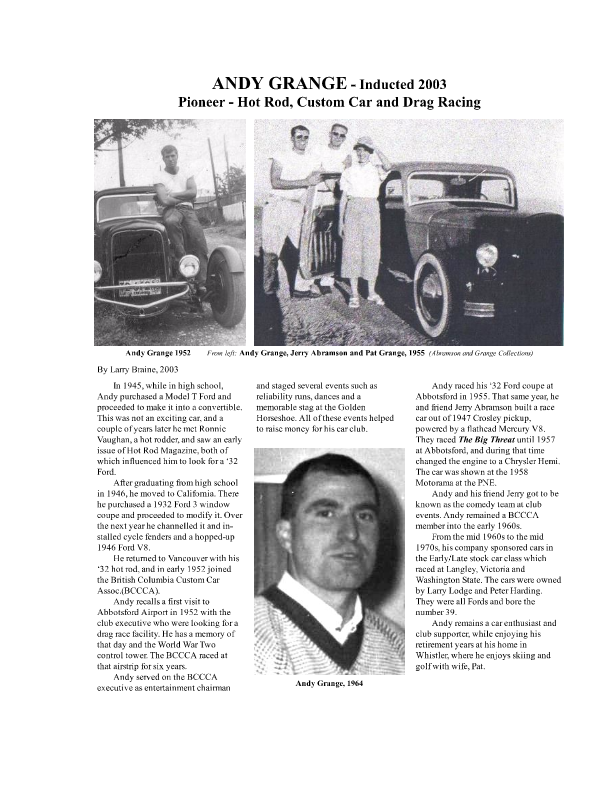 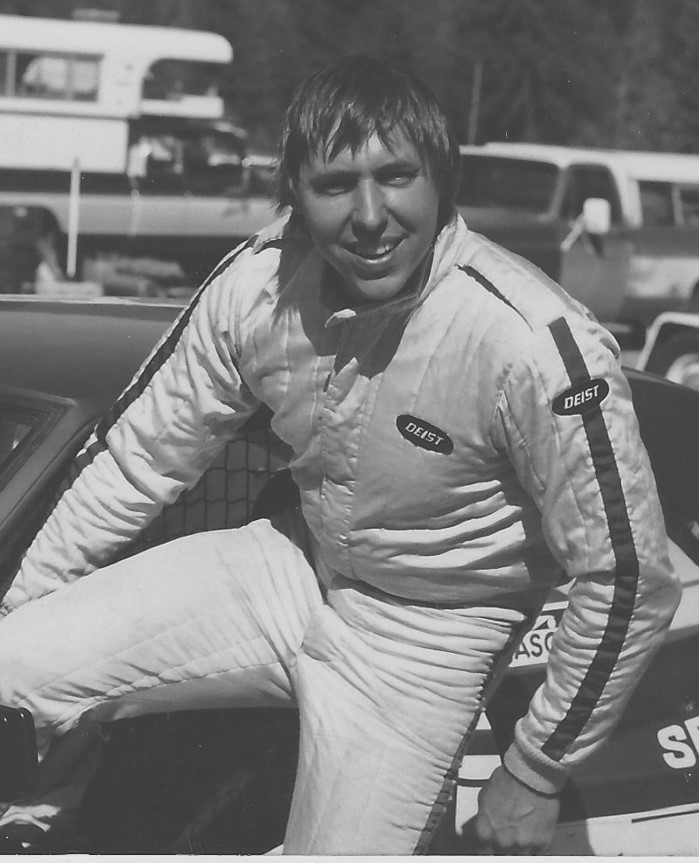